Demonetization and the Distant Dream of Digital Economy

India is a country where the rustle of notes and jingle of coins carries the incredible potential to illumine any face, a nation where 99% of transactions are carried in the form of cash and whose populace in plain terms is cash obsessed. Against this backdrop, isn’t it sardonic to the hilt to make a simplistic assumption about the transition towards a cashless economy as a sequelae of demonetization?

Netizens only form a morsel of population as the majority of India comprises of poor people residing in backward areas or as rural migrants who neither have an access and awareness about modern ways of transacting nor do they have even the bare minimum particulars like recorded birth-date, an identity certificate or any official stamp of approval from gatekeeper bodies to serve as keys to open the gates of mainstream economy for themselves. India is formed of millions of such people who do not possess the basic literacy and for such people leapfrogging a few generations in the space of digital economy and embracing it is unimaginable at this point in time. In this scenario, even if a cashless means of transacting is coerced in India, it will alienate a large strata of society and black money may or may not end but a new shadow economy will surely emerge!

Even social inclusion in the mainstream economy does not guarantee readiness or willingness for adapting this big change. How can a predominantly agricultural economy transform into a digital one overnight? In doing so, will we leave behind farmers who sell their crop on roadside to make ends meet and let them starve to death? On the other hand, can we leave  92% of the workforce employed in the unorganized sector as daily wagers in the lurch to first go learn digital ways and then come back to fend for themselves? Or are we expecting them to toil without receiving any returns in the absence of an appropriate mode of payment?

The peculiar Indian culture and the resultant lifestyle of the natives does not allow to blindly imitate western cashless culture as of now. In the absence of cash transactions, how can cultural practices, for instance the recent Jhiri Mela be followed unabated? The usual practice of buying food articles from street vendors cannot be instantly substituted, nor can these necessitous vendors install a POS machine! Same applies to multitude of people who are dealt with each day like maids, laundry man, newspaper vendor, auto-rickshaw and matador drivers to name a few. How many of them accept digital forms of payment? 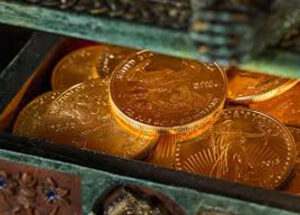 The mere logistical difficulty of getting the above stated segments of society on board the cashless ship is itself a back-breaking task. Even though crores of bank accounts have been opened under the Jan Dhan Yojna, majority of them are dormant accounts and among those people who had been allotted RuPay debit cards under the scheme, only 33% of citizens have activated their RuPay cards and a meagre 26% has brought it into use. Furthermore, as per a study, 81% respondents do not know how to use these cards for digital payments while 60% do not think such payments to be secure.

Added to these are the challenges like inaccessible banking services, impoverished infrastructure to support non-cash payment and poor internet connectivity. Also, not all mobile phone users own a smart phone or are familiar with the system. A large strata needs handholding at every step and the learning curve surely takes a considerable amount of time.

The minimal proportion of digital transactions that occur in India is limited to urban spaces and that too to the youth population. What’s more is that the mode of payment in around 60% transactions again is Cash on Delivery. Hence, making this small segment also ‘digitally ready’ but not ‘digitally active’!

All said and done, Indians traditionally prefer to save and spend in cash. It calls for an enormous cultural shift to wean people off hard cash. It would be simplistic to assume a transition to digital ways would be an upshot of demonetization. India is not ready for a cashless economy right now. In fact, not even the most developed countries of the world have gone completely cashless. Doesn’t elbowing whole nation towards bank queues and digital means, in this context, a futile exercise then? 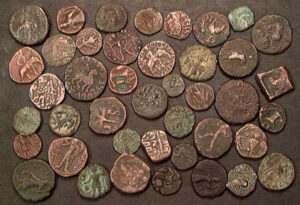 Neither can demonetization essentially push people towards a cashless economy nor can it effectively curb black money as even if with the help of demonetization black money lying within the bounds of the country can be injected back in the main economy, alas the nation will not be victorious in fighting this menace of black money when around 80% of black money which is claimed to be stacked abroad remains completely untracked as well as untapped.

If India took one step ahead in the war waged against corruption with demonetization as a tool, and a second step by seeing a ‘distant dream’ of becoming a futuristic digital economy, however, it went back four steps when thousand crores in dues owed by influential people were written-off and hence indirectly waived-off lately! Whether it be demonetization or digitization, no mechanism is ever going to be efficacious till venomous corruption is a allowed to simultaneously thrive in the system.