Demonetization has Proved to be a Disaster in the Making. 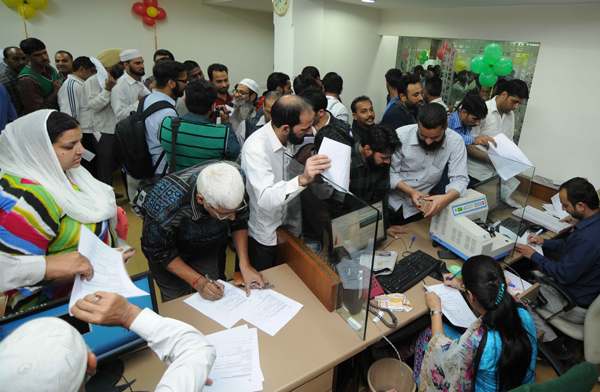 For aeons, each citizen wished to abrogate the menace of omnipresent corruption in India and there was, indeed, quite a furore after the revolutionary rupee revamp, but the wish was granted in the mould of a monkey’s paw. Every rose has its thorn and so does demonetization which proved to be nothing short of a poisoned chalice particularly for businesses nationwide. Demonetization is assuredly a monumental move, however, the country stands jeopardized due to inadequate implementation of the historic decision and thus the immediate effect of this master-stroke seems to have boomeranged.

Profit till now, it seems is only in words, nonetheless, losses have emerged as the novel hallmark of works. The sudden scrapping of ₹500 and ₹1000 notes which formed 86 percent of total currency in circulation is surely a blowback to the entire business community. With majority of businesses depending majorly on cash transactions, demonetization has proved to be a disaster in the making. 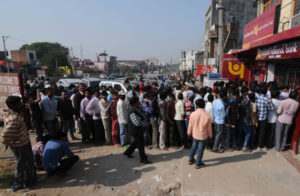 The stalemate situation has caused a deep dunk in the purchasing power of people and traders alike. “The meagre amount exchanged in banks or withdrawn from ATM and that too after waiting for hours together in long queues is not enough to carry on day-to-day business activities. Moreover, wholesale traders are not accepting old currency and retailers as well as the small-time traders don’t have enough lower denomination notes to purchase goods. The businesses have met their doom” says Mr. Suresh, a local businessman.

The otherwise overcrowded markets now wear a deserted look. The cash crisis has bedeviled business houses as the flow of customers has been reduced to a trickle. India has gone cashless with million citizens scrambling for cash to meet basic needs. Spending in such a scenario is absolutely a far cry. Even if there is a modest foot fall in shops, the iota consists of customers carrying discontinued currency or those who do not possess plastic money and the same have to either be returned empty-handed or sold items on credit basis. The income after a whole day of work for the business community woefully equates to nearly zero.

Another problem is the efficacy of ₹2,000 notes as it is extremely difficult for traders to return the change, especially at times when sales have taken a dip. “With such higher denomination notes brought into circulation, government will have to pump in at least thrice the existing number of novel ₹500 notes that were in circulation to strike a balance” suggests Mr. Raj, a local trader.

Businesses are experiencing hardships since they do not have liquid cash to make critical transactions. The traders of the state claim 70 percent plunge in business in the aftermath of rupee revamp. November, which on usual times is the peak time for business in valley has so far witnessed no business this year. The decision of demonetization has a lot more ramifications for businessmen of valley who already suffered to a great extent due to the uprising. Furthermore, the suspension of mobile internet services in parts of the state thereby resulting into inability to make online transactions has compounded to the miseries of people.

The ATMs have become an epitome of ‘All-day Trauma Machines’ and banks have become symptomatic of choked infrastructure. Going by the rate at which the fresh currency is being disbursed to banks and further diffused to the people, the threat to the survival of businesses is real. If concrete steps are soon not taken to make the new currency available to business houses and general masses who are the ultimate squanderers shouldering the responsibility to ensure continuous flow of money in the economy, India will not only be enjoined from the league of fastest-growing economies but also face far-reaching vitiations in the form of immutable economic collapse.