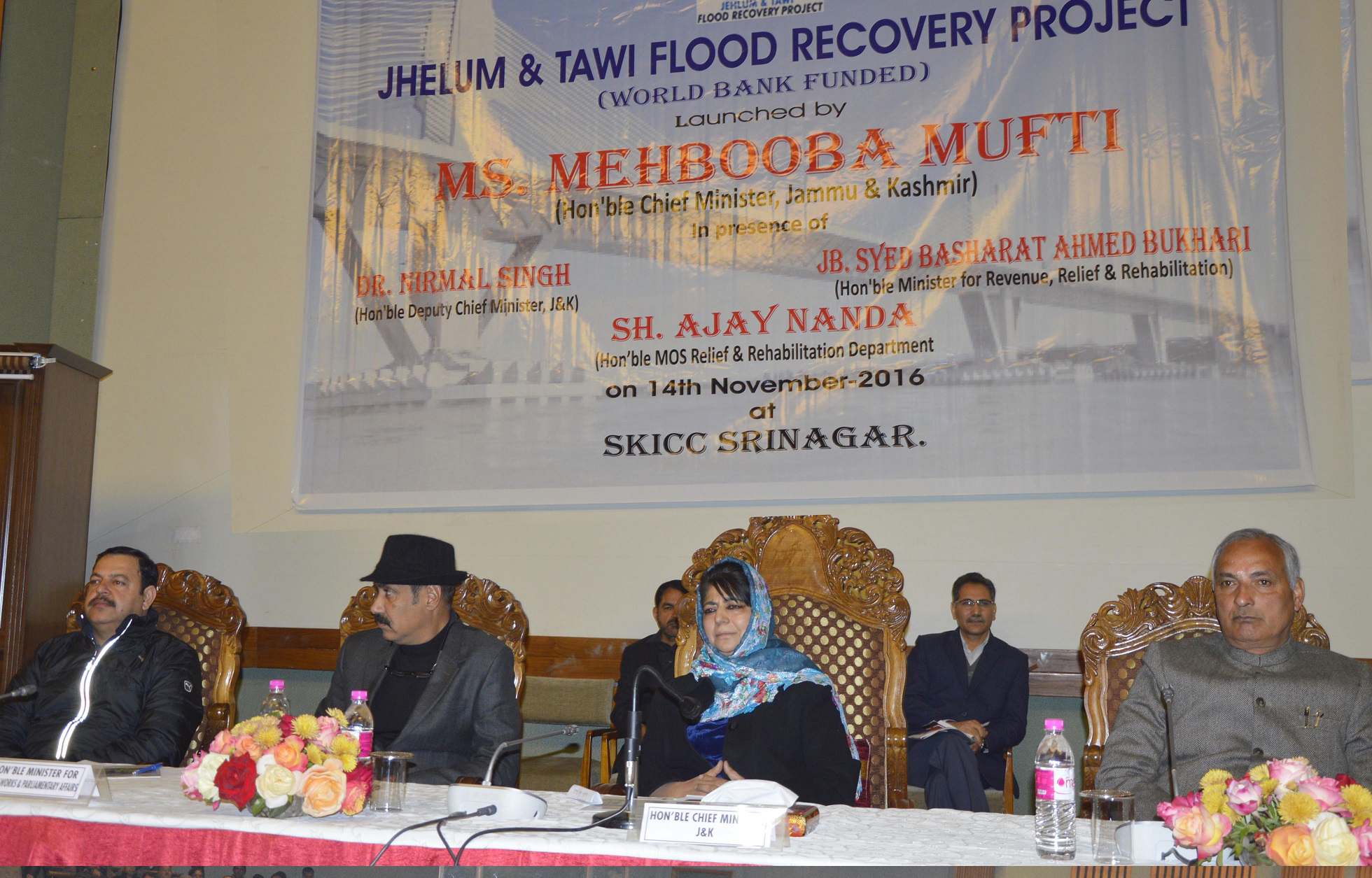 SRINAGAR, NOVEMBER 14 ( JKNT) Chief Minister Mehbooba Mufti today angrily lashed  out at the TV channels for  distorting the image of Kashmir to boost their TRP without weighing the negative consequences  for “ our people and place.”

“This is violation of our rights, hospitality and the talent  we have in the state, where the youth have excelled in many fields,” Mehbooba said while addressing a function to mark the start of  the World-Bank  funded 250 million dollar Jhelum-Tawi  Recovery project.

“ Don’t defame us”, she told the TV channels in her speech . At the same time she cautioned the youth of the state to channelize their energies in productive sectors, instead of seeking some elusive goals through guns or stones. “ Guns and stones have  yielded nothing but destruction and given a reason to the  vested interests, including the TV channels to  distort the potential of the state, its potential for tourism and  capacity to generate expertise in all fields.”

The project was conceptualized and pursued by former Chief Minister, late Mufti Muhammad Sayeed in the aftermath of devastating floods of 2014 and today after completion of all formalities the project was formally launched.

Mehbooba  asserted that she intended to “undertake developmental revolution in Jammu and  Kashmir not only as her wish but as a mission to fulfill the dream of the late leader which he had visualized for the State.”