Jammu woman crowned as ‘Mrs India Exquisite’, will represent India in US as ‘Mrs International’ 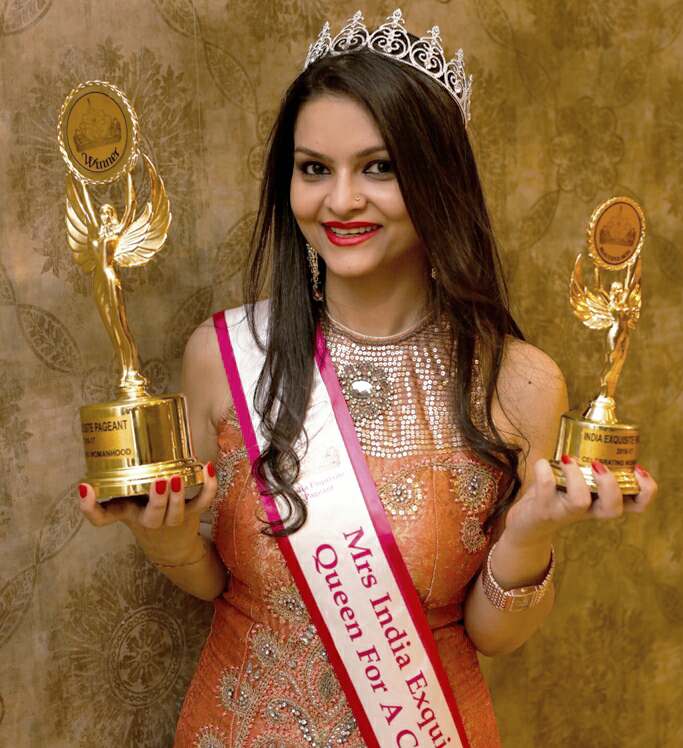 A Jammu based woman Meenu Mahajan has been crowned as Mrs India Exquisite for year 2016-17 in a national annual event organised as New Delhi.

It is proud moment for Jammu that a Jammu girl named Meenu Mahajan daughter of Vinod Gupta and now wife of Varun Mahajan of Trikuta Nagar has achieved a feat by being crowned as Mrs. India exquisite 2016-2017 on November 10 in an event organised by India Exquisite Pageant at Delhi.

She has brought laurels to the state by winning the crown and now Meenu would be representing India in USA for the title Mrs International Exquisite. Meenu became the first ever Jammu based woman who has won such title now now become first ever Jammuite, who will represent the country in USA for this title in year 2017.

Meenu, who was born and brought up in Jammu city has done her schooling from Tiny Tots School and later completed her graduation from Govt College for Women, Gandhi Nagar and then done post-graduation in two subjects Sociology and Urban Planning. She married to a businessmen and living at Trikuta Nagar locality of the city.

Meenu was also awarded Ms. Beautiful Skin in the India Exquisite pageant and she said that she was the only contestant in this event among total 18, who was a fresher in this field and ever got any professional training. Otherwise all other contestants were well trained.

“I was very much health and beauty conscious and also interested to move towards modeling field since my college days,” said 5.5 inches tall Meenu and added that her family not allowed her then. But she continued with her motto and finally while searching on internet, she got a chance and applied as a contestant for this title. After crossing 5 long rounds, finally she made Jammu proud after winning the title.