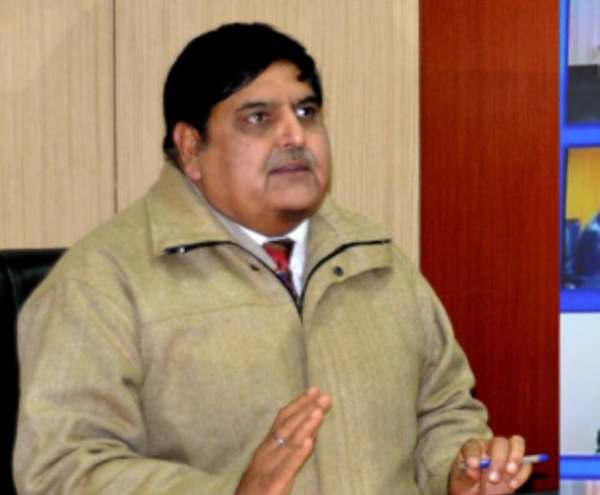 Focus will be on technology, research-driven implementation: Vyas

Jammu, November 15:  Government has decided to focus on study and technology based implementation of the World Bank (WB) funded Jhelum-Tawi Recovery project  in order  to attain best results while going for reconstruction of flood damaged infrastructure and future preparedness to prevent  damages in the event of natural calamities.

Speaking at a high level meeting convened to discuss the contours of the prestigious project set to cover a wide range of areas,   Financial Commissioner, Planning & Development and Principal Secretary to Chief Minister,  B B Vyas said the implementation of the project would be guided by research and technology to achieve long term impact.  He said use of best technological, architectural and engineering practices shall be followed in the reconstruction process to create infrastructure which can endure the impact of natural calamities of every kind.

“Similarly the flood protection measures like embankment strengthening, training of water  passage, installation of dewatering mechanism in urban areas will be guided by the morphological study of the main rivers and tributaries,“ he said while referring to the directions already issued by the Chief Minister in this regard.   He said to get the optimal and long lasting results the works under the project would be identified and prioritized in the light of these studies already done by various agencies.  He stressed on the exchange of experiences and close coordination among different agencies for quick delivery and completion of the works.

The Rs 1600 crore ($250 million) Jhelum-Tawi Recovery project envisages reconstruction of damaged infrastructure including schools, hospitals, roads and other public utilities, strengthening of advance warning system besides flood protection, improvement of   flood water drainage  and dewatering mechanism in urban localities, strengthening of disaster management preparedness at various levels which will include capacity building both at official and  community level.

The meeting was informed that 51 dewatering stations would be set up across the Srinagar city to overcome the problem of water logging in low-lying areas.

Stressing on use of best architectural techniques and adherence to building norms, he said the repair of the damaged school buildings will be taken up after proper assessment and getting safety certification to ensure that money is not wasted on useless works.

For the purpose a committee of experts would conduct the safety audit and assessment of the structures to be covered under the project, while model Detailed Project Reports (DPR) would be prepared for taking up the construction of totally perished buildings.

For strengthening disaster management committees at various levels, Vyas stressed on the capacity building of the disaster response teams, officials and procurement of equipments.

The meeting decided to take up the work of reconstruction and repair of school buildings in two phases starting with the construction of totally damaged buildings.