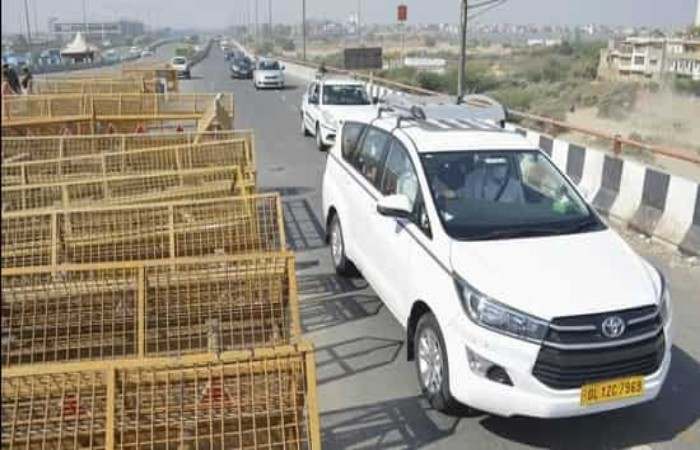 Vehicular movement to Ghaziabad from Delhi through Ghazipur border has been partially restored since Monday evening, over a month after all the carriageways on the border were closed and traffic was diverted to alternative routes following the violence that erupted during the farmers’ tractor rally on January 26.

The Delhi Police said that the traffic on one route (from Delhi to Ghaziabad) has been restored only for emergency vehicles and motorists in emergency situations.

“We had been facilitating the movement of ambulances earlier as well. Now, we have partially opened the route and allowing motorists who are facing an emergency. The situation will be monitored and examined. As of now it’s a temporary arrangement. If any issues arise, we will close the route again,” said a police officer, who did not want to be named.

The Ghazipur border is among the three main borders where farmers have been protesting against the three contentious farm laws for the past 97 days. Initially, only the carriageways going towards Delhi from Ghaziabad were closed because of the farmers’ sit-in protest.

On January 26, clashes broke out between farmers and security personnel as the protesting groups allegedly defied their agreement with the Delhi Police by not following the routes given to them for their tractor rally and instead broke barricades and entered restricted routes.

Following the violence, the police blocked the entire Ghazipur border, placed multiple layers of barricades, and installed iron nails on the road to ensure the farmers do not attempt to enter the city again. Traffic was diverted to alternative routes, causing traffic jams and inconvenience to motorists travelling between Delhi and Ghaziabad.