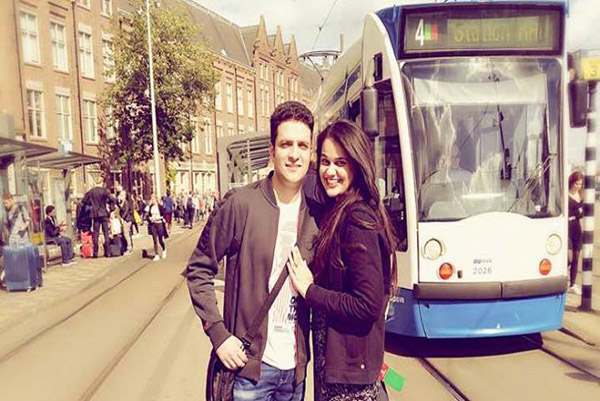 Akhil Bharatiya Hindu Mahasabha members have written a letter to 2015 UPSC topper Tina Dabi’s parents after she recently announced she will marry the second rank holder, Athar Aamir-ul Shafi Khan. Mahasabha has asked the IAS officer’s parents to cancel the wedding or at least convince Khan to get converted.

This decision of your family will promote love jihad and thus the wedding should not take place at any cost. If the couple is still willing to tie the knot, then ghar-wapsi of Khan should be done and a wedding should take place only after he agrees to get converted. Our members will help you in his re-conversion or ghar wapsi,” reads the letter from Munna Kumar Sharma, the outfit’s national general secretary . Times of India reported on Wednesday.

In a letter addressed to Jaswant Dabi, Tina’s father, Shar ma said, “All of us were very happy after the success Tina achieved when she topped the UPSC 2015 exam. But her decision to marry Khan has come as a shock and all of us are very sad to know this. This is to inform you that Muslims are promoting `love jihad’ on a high level wherein they make Hindu girls fall in love with them, convert them to Muslim religion and marry them. But if marrying each other is important for both of them, then we suggest that Khan’s gharwapsi be done.” TOI has a copy of the letter.

The recent announcement on Facebook by Tina to marry Athar, who stood second in the same all-India exam, had taken social media by storm last week. They started dating soon after they met in May .While it was love at first sight for Athar, Dabi was charmed by his perseverance a few months later. While announcing on so cial media that they were in a relationship, the couple had very clearly said that they will continue to follow their respective faiths and none of them was going to convert.

Despite repeated phone calls, Tina did not respond to TOI, but she had said in one of her Facebook posts that “As any freethinking independent woman, I am entitled to certain choices. I am very happy with my choice and so is Aamir. Our parents are happy too. But there will always be those elements, that small minority who will always pass negative comments about dating someone from another religion.”