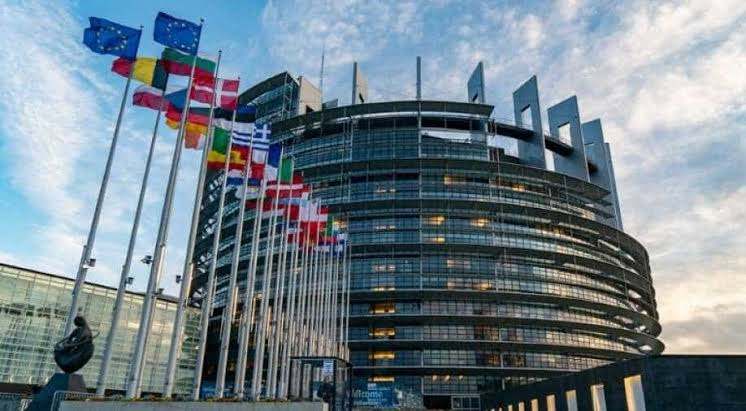 J K News Today
Jammu, May 5:
The European Union Parliament resolution on Pakistan in which Islamabad has been comprehensively censured for growing radicalism there posing threat to minorities should make India aware of the dangerously developing situation there . This could cause serious problems for the country if Pakistan’s situation and its impact on its neighbouring countries is not taken into account in time .
It is true that India is fighting the frightening second wave of Covid-19 with unprecedented challenges . These are certainly very difficult times for the country, but the urgency to look at what is happening in Pakistan cannot be overlooked .
A strong wave of extremism is threatening to cause a major upheaval in the whole of the region.
A resolution by the European Union on Pakistan censuring it for the human rights violations and religious intolerance has promoted it to review the GPS plus status that was granted to it in 2014. This is going to be a serious setback for Pakistan already struggling with the economic woes .
The GPS+ is a Generalised Scheme of Preferences Plus, which offers additional trade incentives to developing countries. Pakistan was one of the biggest beneficiaries of this scheme as Europe is a big market for Pakistan’s textile products .
Of late , the things in Pakistan have worsened following the rioting in the neighbouring country by the ultra-extremist group Tehreek-e Labaik Pakistan . The government acceded to the demand of the ultra-right group to expel French ambassador from Pakistan and moved a resolution in the Parliament .
The European union countries have not taken kindly to this. The EU parliament resolution makes it clear that Pakistan cannot go ahead on the road of religious intolerance and curb the freedom of expression under the cover of its famous phrase of Islamophobia and draw benefits from the targeted countries.
The problem for India emanates on a couple of counts ; one of course, is that the convergence of the extremist elements in Pakistan and Afghanistan can destablise the whole region . In Afghanistan , the exit of the American troops that began on May 1 and will last till September 11 has already created more than a civil war-like situation Taliban and government forces are fighting and Afghans caught in the crossfire are fleeing their homes . This worsening situation in Afghanistan poses a serious concern for India as such violence over there and the arraying of the ultraright groups in Pakistan with Taliban will have a spillover effect .
India , cannot ignore other aspect of the situation where the fundamentalist groups gaining legitimacy and strength in Afghanistan and Pakistan can cause serious impact within the country, especially in the vulnerable areas like Jammu and Kashmir where the Islamic radical groups are pursuing their own agenda against the Indian state. They have not given up their plans . The resurgence of the fundamentalism in Pakistan would embolden the fundamentalist elements here too, psychological. This psychological boost is not easy to neutralize . It lives longer than the terrorists holding guns.
Therefore, it is very important for India to keep a close eye on the events in Pakistan and ensure that things don’t flare up . It is the primary task as much as fight against the pandemic of Covid-19.