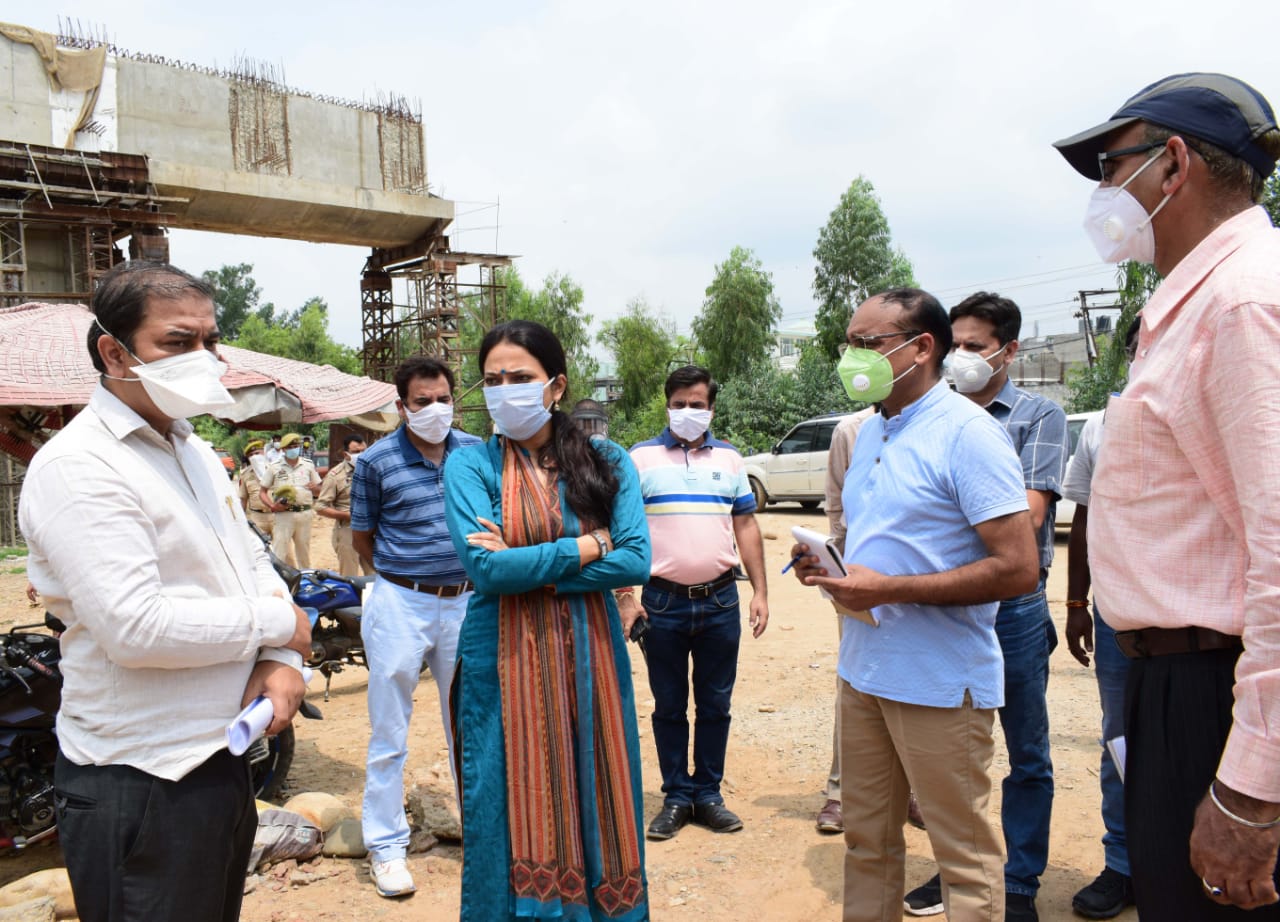 The work on Jammu–Akhnoor Four lane project has gained substantial momentum with the execution of 31 percent work on Package II of the project which starts from 800 meters and ends at 6 km (from canal head to Ganesh Vihar). It includes construction of 4.6 km long flyover. The flyover will have 126 foundations out of which 93 have been completed. Also the work on package III has gained pace which starts from Ganesh Vihar to Khati Chowk (km 06 to km 26.350).
The Deputy Commissioner, Jammu Ms. Sushma Chauhan, IAS visited various construction sites and inspected the pace of progress on the project. ACR Jammu, Vijay Sharma, SDM Jammu North, Sh. Pawan Kotwal besides officers from PHE, PDD, NHIDC and other concerned departments also accompanied the Deputy Commissioner.
The senior functionaries of executing agency (NHIDCL Engineers) briefed the Deputy Commissioner Jammu about the work done so far.
The Deputy Commissioner was further informed by the Site Engineer that clearance of structures is complete with all the 580 structures having been cleared in last one year. It was further told that over 90% land/structure compensation has been disbursed to the rightful claimants.
Giving further details, the DC was told that a total 11.618 km hindrance free stretch has been completed in the last one year.
The Shifting of PDD poles and the infrastructure of PHE department coming in the alignment of the project shall be completed in a scheduled manner. The instructions have been issued by Deputy Commissioner to the concerned officers to adhere with the instructions and get the work completed in a time bound manner. The on spot directions have been issued to General Manager NHIDCL to improve the condition of in use service lanes. The patch work shall be completed in a week’s time so that the general public may not suffer due to the poor condition of the road.