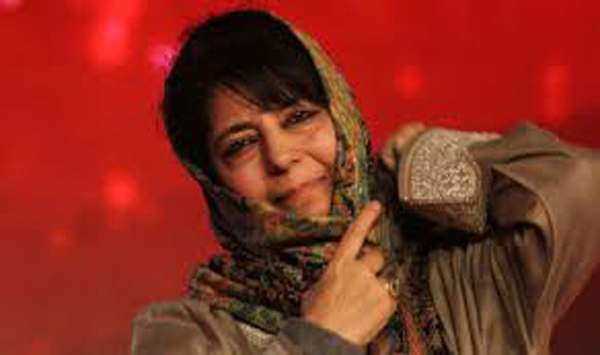 Chief Minister and PDP president  Mehbooba Mufti  is  holding an important meeting  of district and zonal  presidents of her party here today to  make preparations for the future  political battles in view of the dent that  the ruling party suffered in the past four months.

Mehbooba Mufti, according to sources, is all set to remind the party leaders that the party should  take on the opposition propaganda against the government and the party. “ This can be achieved when we are spread all across the places, meet and  interact with the people,” sources quoted  her telling the party workers.

Today’s meeting is  part of series of meetings that  she and the party  leaders like  Sartaj Madni  have been holding to  re-activate the party that had gone into hibernation  following  the massive unrest in Kashmir following the killing of  Hizb-ul-Mujahadeen commander  Burhan Wani  in July this year. The people vented their ire against party leaders, ministers and legislators. They attacked and torched their houses. The party cadres  were scared. She is trying to lift that thick blanket of fear and bring the party cadre back to the sunlight.

In Jammu, PDP is facing  a peculiar problem . Here , the party is not haunted as much by the  Kashmir unrest  as it has to grapple with the  challenges thrown by the ruling ally BJP that has been speaking in different voices on different issue s.

At the time of reporting, the meeting  was in progress. The issues on agenda were to consolidate the party and carry the message of dialogue and peace and dialogue with stakeholders  across Kashmir for the overall interests of the people of this state battered by violence for the past over quarter of a century.