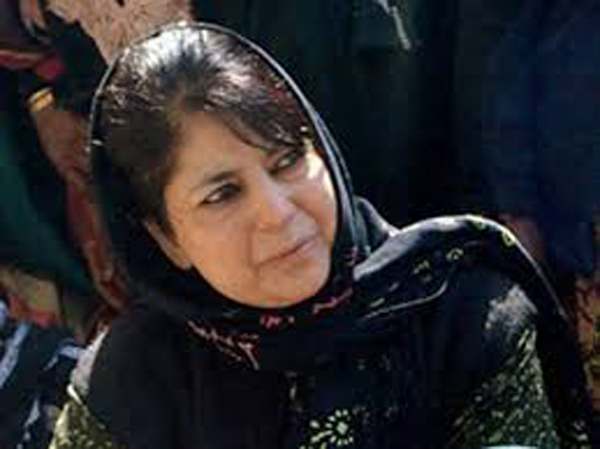 Chief Minister Mehbooba Mufti  lost her cool during the course of an important cabinet meeting here on Friday and left  in a huff to the surprised and shocked  ministers who were not expecting such an extreme step by her.

The problem arose when she  put   an item  of making Kashmir Police Service  ( KPS) cadre  equivalent to all India cadre of police, Indian Police Service .  She said that the KPS officers manning the positions of DIG and Inspector Generals or SSPs were  working as hard, rather harder than the  IPS officers, but despite that  they  were unequal in designations and salaries. “ Since they are fighting the odd situations all the time, they should be conferred with this position which should place them equal to our  IPS officers.”

It was objected to by the BJP ministers, particularly by Deputy Chief Minister Nirml Singh. He said that the state  cannot afford to tamper with cadre like this.

This led to a heated exchange of words between PDP and BJP ministers . There was a cacophony , which Chief Minister apparently felt was undermining of her position and authority as head  of the government  and also as home minister.

Watching the serial argument between the  ministers, Mehboba Mufti virtually walked out of the cabinet meeting  of her own government.

From the secretariat, she drove straight to her Residency Road official residence and went incommunicado.

The shocked team of  ministers   gathered at the secretariat office of Nirmal; Singh and thereafter went straight to Chief Minister’s residence to placate her. She was told by BJP ministers that their high command had told them not to endorse this proposal in the  cabinet agenda, while they agreed that the KPS  officers from them only.