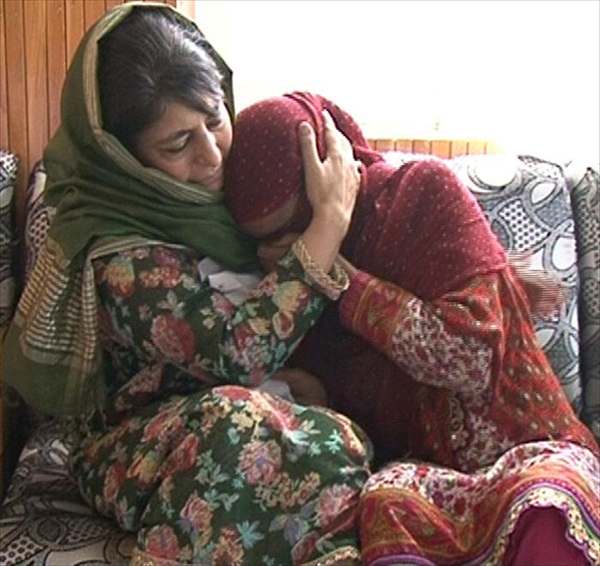 Mehbooba Mufti is the first chief minister  who takes  written notes of the problems  of the people meeting her with their grievances . Some of the immediate matters are  sought to be resolved  by placing the phone call to the concerned officials .

The Chief Minister  has developed a style od her own  while interacting with the people who approach her with multiple problems as  small as  water  supply having been  hit by broken  pipes , something that a junior engineer should have been attending to .

Most of the  people come to her with a request for jobs or work for their wards . Many plead for adhoc-jobs . To  all of them, she has  a standard but  polite answer: “ there is a proper mechanism for recruitment into the government services . The merit and qualification would get you jobs. I don’t intervene in such  matters. No backdoor employment. You may please excuse me  on that..” Then, she goes on to add  as if quickly reminding herself that the government is already having a task to  adjust 66,000  casual, adhoc and need-based workers employed by the previous governments.

The moment a visitor spells out a problem or request, she looks  toward him or her, as if judging the genuineness of the words spoken by the visitor , then she jots down  points . And, some  time while taking notes, she asks questions  building a relationship with the visitor that of  a seeker and leader  in a manner to show that her notes are having a meaning and would be followed up.

Her   green coloured pen moves fast when the  deputations from  various areas of the state  offer suggestions as to how a particular problem . She discusses the  problem and then convinces herself  before she  lists the task   to be taken up . Or, she sends the leader of the delegation to her personal staff to explain the problem . The staff knows that it has to be taken up with the officials concerned, Sunday or working days make no difference .

This is different style that  she had developed when she would  deal exclusively with the  party affairs as long as her father Mufti Mohammad Sayeed was alive. Any mention  of Mufti Sayeed in between  makes her emotional.