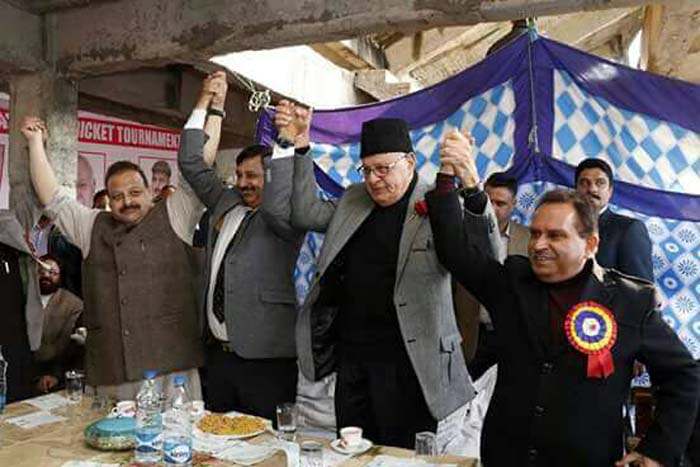 Gupta confirmed to the JK News Today that he has not joined National Conference and it is just a rumour.

Earlier, a picture of MLA Pawan Gupta along with NC president and former CM, Dr Farooq Abdullah and NC’s provincial president, Devender Rana has been viral on social media with a caption that MLA Udhampur Pawan Gupta joined NC.

Gupta, was minister in PDP-BJP coalition led by late Mufti Mohammad Sayeed. But after the demise of Mufti in the fresh formation of coalition under Mehbooba’s leadership, BJP ignored Gupta as a Minister and then the Independent MLA parted ways from BJP.