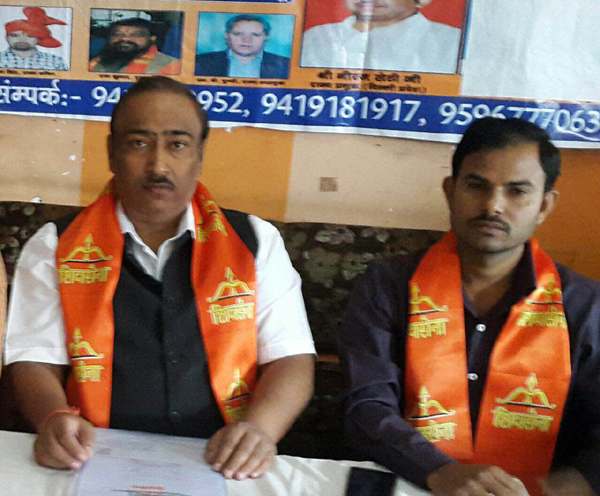 JK News Today
Jammu, Nov. 08
Shiv Sena ( Bala Sahib Thackery) today made a strong appeal to PDP led state government to take necessary steps to control traffic jams in Jammu .
While talking to media persons State President of Shiv Sena ( Bala sahib Thackery) Dimpy Kohli said that there has been no let-up in traffic jams, particularly in the evening hours, in parts of Jammu city even as government claims to have initiated various measures to decongest the traffic
He said that  “Traffic jams have become a regular feature in Jammu city and concerned agencies particularly Traffic Police Department have failed to find a solution to the problem. The roads remain crowded all the time and the traffic policemen are nowhere in sight after the dark. Commuters are forced to wait for long hours to reach their destinations”.
He said that now all government offices have shifted to the winter capital that is why traffic has increases 10 times on Jammu City roads and there is no end to the congestion.
Last week, the Traffic Department had started a campaign against the people who wrongly park their vehicles on roads. The department pasted challans on such vehicles, but all these measures have failed to curb illegal parking.
He said one will find wrongly parked vehicles in almost every part of Jammu. This leads to more congestion on the city roads. Traffic Police department is only taking cosmetic measures.
It is not making a difference on the ground. He said that government must took concrete actions to overcome the traffic problem in Jammu city before the situation has took ugly shape. Those who were present on the occasion were Rakesh Gupta ,  Manish Sahni , Raj Singh, Vikas Patel and others.