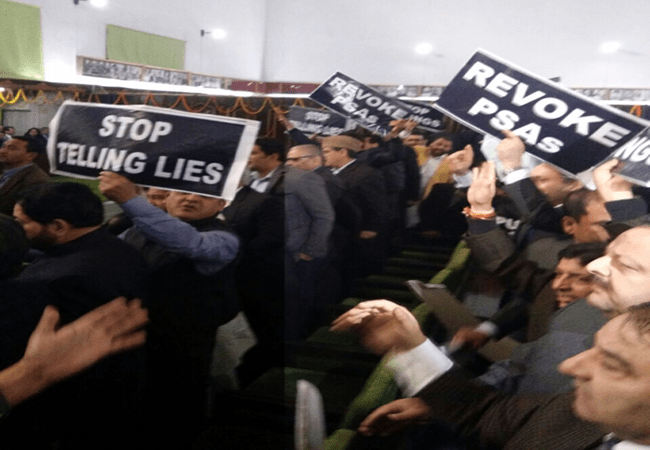 The opening day of the budget session  of Jammu and Kashmir legislature  concluded with  protests and slogan shouting  making  Governor N N Vohra  to  cut short his address to the joint session  on Monday. 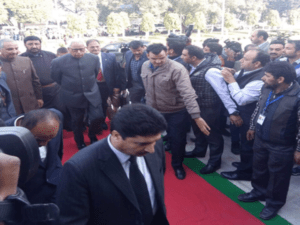 An unprecedented protests by the opposition groups, National Conference, Congress and CPI-M , the Governor started  his address to the joint session  of the legislature but he was not allowed to speak as some of the members approached the podium  from  where he was addressing. This made the Governor to cut short his speech , which  spoke  of the government’s performance  and its outlook for the 2017-18 fiscal year.

First to come out of the session was independent legislator Engineer Rashid holding the placard  reading “ Hold plebiscite on both sides of the LoC”, amid the deafening shouting  by other opposition members “ Stop killings, stop RSS agenda”.