Pak Moeed Yusuf tipped to be High Commissioner to India 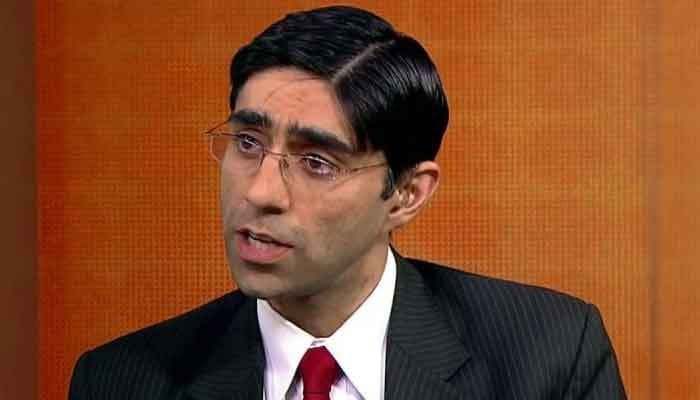 Pakistan’s National Security Adviser, Moeed Yusuf, has been tipped as a favourite for the slot of country’s new high commissioner to India and he could be the first non-career envoy who ever served in according to a news report in Pakistani newspaper The News International.

The newspaper quoted unnamed sources saying that the search for the new high commissioner for New Delhi has been initiated in the wake of possible restoration of ties between the two countries. It is most likely that a non-career diplomat could be posted in Indian capital. Pakistan’s outgoing high commissioner in Canada Raza Bashir Tarrar and Ambassador in Turkey, Muhammad Syrus Sajjad Qazi, could be considered for the office, if a career diplomat is posted in New Delhi.

Pakistan and India downgraded their diplomatic ties in August 2019, when India changed the status of occupied Kashmir. Since then, Pakistan didn’t send its high commissioner. Foreign Secretary, Sohail Mahmood, had vacated the post earlier in April, while Indian high commissioner, Ajay Basaria, was first recalled by New Delhi and later made ambassador in Spain.

Moeed Yusuf, who is one of the candidates for the envoy in New Delhi, is a national security expert and has currently been serving as Adviser to the PM on National Security and Strategic Policy Planning, since December 24, 2019. Before joining the government, Yusuf, was the Associate Vice President for Asia at the Institute of Peace in Washington, and previously a Fellow at the Frederick S. Pardee Center for the study of the Longer-Range Future at the Pardee School of Global Studies at Boston University, and concurrently a Research Fellow at the Mossavar-Rahmani Center at Harvard University’s Kennedy School.