Parliament working on and off not good for country, says Naidu as Rajya Sabha adjourned after Congress uproar 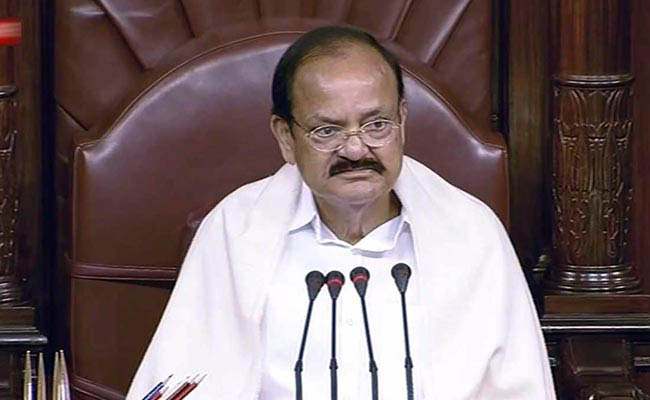 New Delhi, December 22: Vice President Venkaiah Naidu on Friday made his displeasure known about frequent adjournments during the ongoing session of Parliament, saying the House being “on and off” these days is not good for the country.

The Rajya Sabha was adjourned for the day as the Congress insisted on resolving the impasse over Prime Minister Narendra Modi’s remarks against Manmohan Singh.

The virtual stalling of the Rajya Sabha proceedings due to the Congress protests over Modi’s remarks against his predecessor denied cricket icon Sachin Tendulkar his maiden attempt to speak in the House on Thursday.

“Parliament is in session… these days, it is on and off. It is not a good thing for the country,” said Naidu, who is also the ex-officio Chairman of the Rajya Sabha.

The constant endeavour, Naidu said, is to make India the global economic leader by adopting a holistic approach towards inclusive economic growth, highlighting that progress must be made to achieve double-digit economic growth at the earliest.

He was speaking at the foundation stone-laying ceremony of the International Exhibition-cum-Convention Centre (IECC) and the Integrated Transit Corridor Development Project here.

Referring to various territorial invasions in the past, the Vice-President said: “This country with its over 10,000- year old civilisation has no record of attacking any country at any time… because we want to live in harmony with all. Before the invasion, 27% of world GDP was from India alone. So, let us all remember that, and we must all work towards making further progress in crossing 7.5 per cent to double digit at the earliest.”

Observing that the world economy is slowing, Naidu said: “Even our powerful neighbour (in an apparent reference to China) has gone a little negative. The only economy which is moving forward is India, thanks to the reforms and thanks to the leadership of the country as well as contribution made by people in various sectors.”

He outlined a series of reforms such as GST, Digital India, liberalisation of foreign direct investment regime and Start Up India that have significantly improved domestic business and investment climate, which have led to huge investment inflows.

Development and good governance should be the focus of everybody, including the public sector and the government, the Vice President stressed.

Pointing to the lack of “proper convention centres” in a country as large as India, Naidu said world-class infrastructure in terms of international convention facilities is very essential to promote trade and commerce and “a growing economy like ours needs high quality venues to host events”.

Calling on stakeholders for speedy completion of the IECC, he said, “I hope that this project will be completed at the earliest. I would like to see that before the deadline (September 2019). The deadline that you have set for yourself should not be confined to a headline one day.”

He observed that such a complex was long overdue in Delhi without adding to the congestion and the IECC project will be a landmark state-of-the-art structure. He also spoke of the need for such convention centres in other cities of the country, including Smart Cities and state capitals.