PM Modi calls for immediate ceasefire between Russia and Ukraine 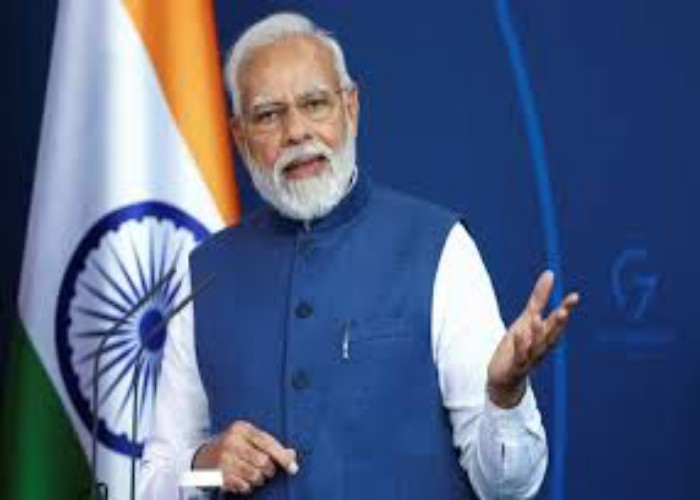 Prime Minister Narendra Modi on Tuesday called for an immediate ceasefire in Ukraine and adoption of dialogue and diplomacy to resolve the problem in complete reiteration of India’s stand since the beginning of the crisis in February 24 last when Russia invaded Ukraine . The conflict has rattled the world and shaken foundations of the world order in the post-Cold war era.

Deflecting all the calls to condemn the Russian action against Ukraine , Prime Minister stood by the policy of complete neutrality , the principled stand of the country that has refused to tilt to either side involved in the conflict . But what PM said has made it clear that India stands for peace in the world and all the disputes resolved through “ dialogue and diplomacy.”

Modi made this unequivocal statement of India’s stand while speaking at the joint conference with Danish Prime Minister Mette Frederiksen in the Danish capital Copenhagen on Tuesday after the two countries signed a series of agreements aimed at promoting the mutual cooperation between the two countries , recommitting to the green energy and other sectors that concern both the countries and the world.

“I am happy that significant progress has been made in various fields, especially in the areas of renewable energy, health, ports, shipping, circular economy and water management. More than 200 Danish companies are operating in various areas in India – such as wind energy, shipping, consultancy, food processing, engineering. There are many such areas, they are getting the benefit of increasing ‘Ease of Doing Business’ in India and our macroeconomic reforms. There are plenty of investment opportunities for Danish companies and Danish Pension Funds in India’s infrastructure sector and green industries,” the PM said.

“Today, we also discussed a number of regional and global issues, including India-EU relations, Indo-Pacific and Ukraine. We hope that negotiations on the India-EU Free Trade Agreement will be concluded as soon as possible. We stressed on ensuring a free, open, inclusive and rules-based Indo-Pacific region. We called for an immediate ceasefire in Ukraine and adoption of dialogue and diplomacy to resolve the problem. We also discussed our cooperation in the field of climate. India is also committed to fulfilling the resolutions taken at the Glasgow COP-26. We have agreed to explore more opportunities for cooperation in the Arctic region.”

He also expressed the hope that the bilateral ties will scale new heights. “ am sure that the relations between India and Denmark will reach new heights under your leadership. I also express my gratitude to you for hosting the 2nd India-Nordic Summit, which is going to be held tomorrow. And I thank you so much for joining the Indian Diaspora event today because you took the time to be there, it’s a symbol of the love you have for the Indian community.