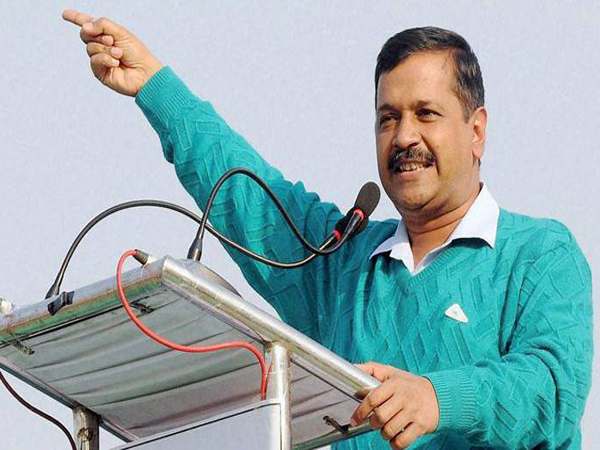 Aam Aadmi Party leader and Delhi chief minister  on Wednesday released a special manifesto of the party for differently-abled persons in Punjab and assured hike in monthly pension to Rs 2,500.

Addressing a gathering of differently-abled persons, he said, “Pension will be raised (up to Rs 2500) and directly transferred into bank accounts of the physically challenged persons.”

If it comes to power, the AAP government would increase minimum income condition for pension eligibility from Rs 12,000 per annum to Rs 1 lakh per annum, Kejriwal added.

He said that for pension purposes, level of disability will be reduced from 50 to 40 per cent and bed-ridden patients will be provided necessary kits, including wheel-chairs.

Each physically challenged bed-ridden person will be provided a ‘caretaker’ allowance of Rs 5,000 per month.

Backlog of jobs for handicapped persons would be cleared within a year and one lakh such people would be skilled and provided livelihood on priority during the next five-years, he added.

He said land registration fee for such persons would be reduced, as in case of women, and one-time compensation to ‘khet mazdoor’ and farmers suffering handicap would be enhanced from Rs 30,000 to Rs 1 lakh.

for students and professionals in every district, he said, adding a special school will be opened for hearing speech-impaired and mentally challenged people.

The Right of Persons With Disability Act, 2016, passed by the Centre would be implemented by the AAP government in letter and spirit, Kejriwal said.

He also said, “I have come to know that an International drug mafia is operational in Punjab and Bikram Singh Majithia is the key agent of this mafia to spread its network in every village of state,” he said vowing that result of Punjab election would be declared on March 11, by March 20 AAP would form its government and by April 15, revenue minister Majithia would be put behind bars.