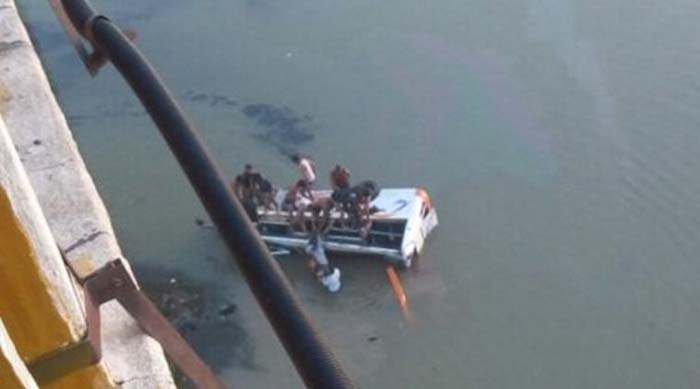 At least 30 people dead and over 15 are reported to have suffered serious injuries after a passenger bus fell into Banas river today in Sawai Madhopur’s Dubi.

The Sawai Madhopur-Lalsot bus fell off a bridge into the river, reportedly after the driver lost control of the vehicle due to over-speeding.

All the injured have been rushed to a nearby hospital.

Meanwhile, district officials have reached the spot and are actively supervising the rescue operation.