Rana for J&K as a bridge for Indo-Pak peace 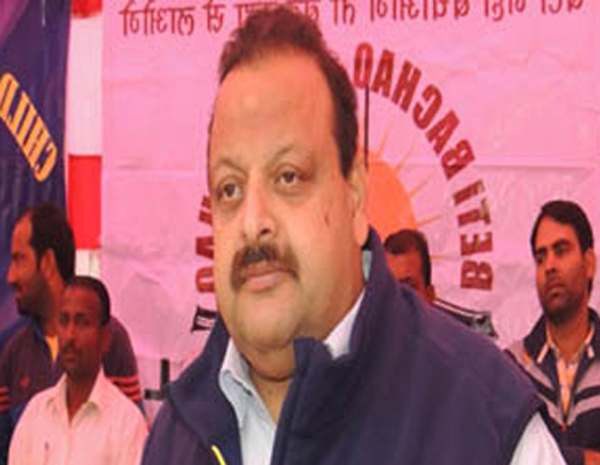 Highlighting the geo-political importance of Jammu and Kashmir in Indo-Pak region, National Conference Provincial President  Devender Singh Rana on Friday said that time has come for the two neighbouring countries to rise above their stated positions and strive for making this sensitive state an arena of cooperation rather than flash-point of conflict.

This is the latest line of National Conference propounded by its president and former Chief Minister Farooq Abdullah . The party is now  pitching for India- Pak friendship to  ensure peace in  Jammu and Kashmir, but most of the time its appeal is  to Delhi only to take  initiatives , while it is silent on the cross-border terrorism and  militancy induced by Pakistan

Rana said that  such a scenario is ” in the larger interest of the region, as New Delhi and Islamabad cannot always live in military mode, ignoring the fast changing world scenario and deep yearning of their people for peace.”

He was interacting with a New Delhi based Think-Tank visiting Jammu  to explore the latest situation in the state battered by Pakistan sponsored terrorism and internal disturbances.

The NC leader  sought  an end to the seven decade bitter legacy and called for heralding a new chapter by entering into a meaningful dialogue. “ We feel that the leadership of the two countries can make a purposeful beginning in this regard despite the prevailing pessimistic scenario”, he said .