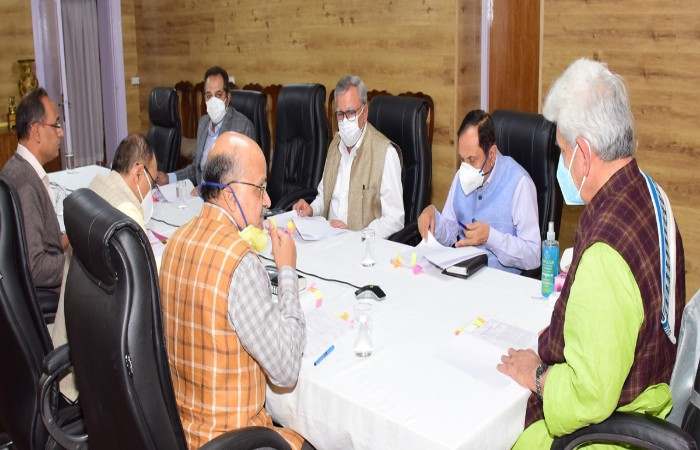 The Administrative Council (AC), which met here under the chairmanship of Lieutenant Governor, Manoj Sinha, today approved the incorporation of the Joint Venture Company (JVC) under the name Ratle Hydro-electric Power Corporation to implement the 850 MW Ratle Hydro-Electric Project (HEP) on river Chenab at Drabshala in Kishtwar, Jammu and Kashmir. The proposed JVC will have authorized capital of Rs. 1600 Crore with initial paid up capital of Rs. 100 Crore, out of which the JKSPDCL will contribute Rs. 49 Crore as an initial equity.

The Memorandum of Understanding (MoU), to execute the project, was signed between the Government of Jammu & Kashmir, JKSPDCL and NHPC on 03.01.2021 in the august presence of the Lieutenant Governor of UT of J&K and Minister of State, Incharge Power, Government of India.

On the basis of the MoU already signed, the Administrative Council approved the Promoters’ Agreement for the JVC between Government of J&K, NHPC, and J&K State Power Development Corporation Ltd. The Administrative Council further authorized the Principal Secretary to the Government, Power Development Department and the Managing Director, Jammu and Kashmir State Power Development Corporation Limited to sign the Promoters’ Agreement and other related documents for operationalization of the Joint Venture Company.

The JVC will develop the 850 MW Ratle HEP at an estimated cost of Rs. 5281.94 crore. Ratle HEP is a run-of-the-river project on river Chenab in Kishtwar district and lies in between the Dulhasti HEP on its upstream and the Baglihar HEP on its downstream.

Once completed, it will substantially add to the power generation capacity of Jammu and Kashmir, provide financial and developmental benefits, and enable effective use of western rivers under the Indus Water Treaty.