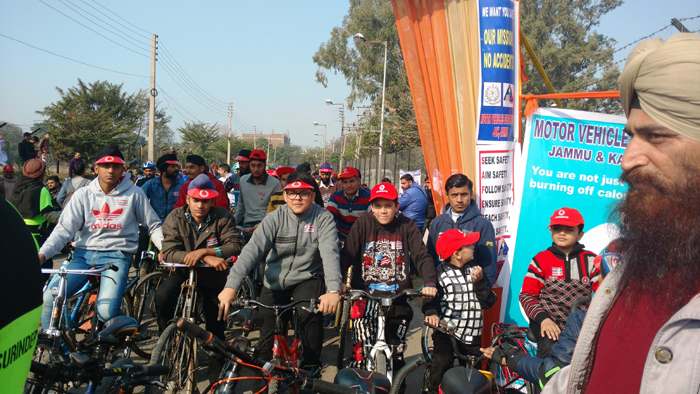 Vodafone India distributed cycling gear and gifts among all participants of a cycle rally conducted as part of the ‘28th Road Safety Week’ being organised by the Motor Vehicle Department (MVD) of J&K in collaboration with the traffic police to create awareness about road safety among the masses and curb accidents.

About 300 cyclists participated in the rally, which began from General Zorawar Singh Stadium, Jammu University.

Road safety is among the prime concerns of Vodafone. As part of its 9 Absolute Safety Rules, Vodafone, which has adopted a zero-tolerance approach towards traffic rule violations, gives proper training to all its employees and agencies associated with it to see to it that none of them violates any road safety rule.

The rally, which was flagged off by Minister of State for Transport Sunil Sharma, passed through PHQ Chowk, University main lane, MAM College, Vikram Chowk, Asia Chowk, Green Belt, Mahavir Chowk and Panama Chowk before culminating on the university campus.