When Sonia Gandhi Walked To Well Of House, What Her Colleagues Did 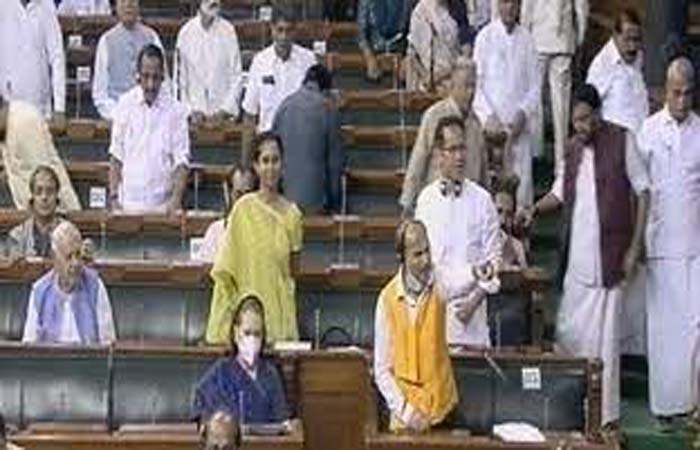 Congress chief Sonia Gandhi got up from her seat in Lok Sabha yesterday after she received a complaint from a DMK MP that two of her party MPs haven’t left their seats and gone to the well of the house, where their colleagues had been protesting against a range of issues.

The opposition MPs had been shouting slogans against the government over alleged misuse of central agencies to target them, among others key issues.

At noon, when the house resumed after adjournment, MPs of the Congress, DMK and Left parties walked to the well of the house and raised slogans again.

Congress MPs Karti Chidambaram and Shashi Tharoor, however, stood near their seats and not in the well of the house. On seeing this, Tamil Nadu’s DMK MP Dayanidhi Maran complained to Sonia Gandhi that the two Congress leaders weren’t at the well of the house, participating in the protest.

Sonia Gandhi smiled, and then said, “I will come to the well of the house.”

As she got up and stepped out of her seat, all the Congress MPs requested her not to take stress and to be seated due to health issues.

After this, Mr Chidambaram and Mr Tharoor were seen stepping into the well of the house.

The Lok Sabha proceedings were then adjourned till 4 pm amid protests by the opposition members. Congress leader Adhir Ranjan Chowdhury tried to raise the issue of investigation into the National Herald newspaper but was disallowed by the chair.

The opposition leaders also expressed dissatisfaction with the government’s response on the issues of goods and services tax or GST on essential items and inflation.