Zaira Wasim Khan , we are with you 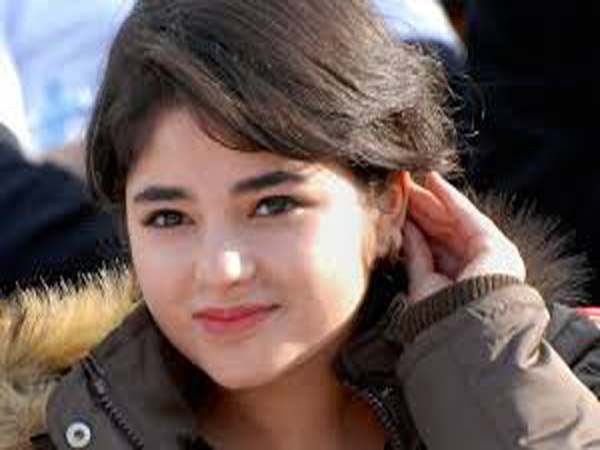 It’s shame that a budding  actor has been subjected to threats and forced to  apologise by  extremists in Kashmir . That they have zero  respect for the  talent of Kashmiri children  is obvious the manner in which “ Dangal” fame actor Zaira Wasim Khan was trolled on social media, forcing her to  surrender her talent to the diktates of extremists  who want nothing but their own  unilateral  mindset of  moral policing .

Zaira is just 16. May be she felt threatened  by the  posts on social media that decried her for meeting the Chief Minister Mehbooba Mufti .  Extremists read her meeting with the Chief Minister  Mehbooba Mufti  and  her projection as a role model  to Kashmiri youth as an offense  to  sentiments of the people in Kashmir troubled by the unrest in Kashmir that claimed nearly 90 lives, left few hundred blinded and several thousand injured .  Is Kashmir going to be  guided by one set of narrative where only the extremism and Talibinization  can grow and  no other alternative can think of  finding an expression .

Indeed there is a situation in Kashmir . There is an issue. Violence  has crept in day-to-day life  and the people are getting used to it , accepting it as a way of life in a conflict zone . The Zaira episode demonstrates that  it is not just the conflict between the militants, their sympathisers and  security forces . There is something larger and more  worrying scenario in  Kashmir – extremism wants to gobble everything , including  what the  people   should eat, wear and do , read  and adopt a particular way of life . It is fight between the freedom of expression and the forced closure of  everything .

Zaira  should  have been encouraged . Her fears must be allayed. She should be allowed to  grow the way she wants to .  If her talent is stifled  the way it is being done , then those who were proud of her  till other day in the Valley would retract .

It is the time for all the human rights activists to speak out . No mistake should be committed in reading it as  extremists’ methods of imposing their way of life and narrative . There is no other issue involved. It is simple extremism  and Zaira has also been cowed down by the propagandists  who  believe that the  girls’ place is within the four walls of  their houses. It is unacceptable and shameful.