After Anushka Sharma took off to Italy with her family, a solo Virat Kohli flies down from Delhi to join them? 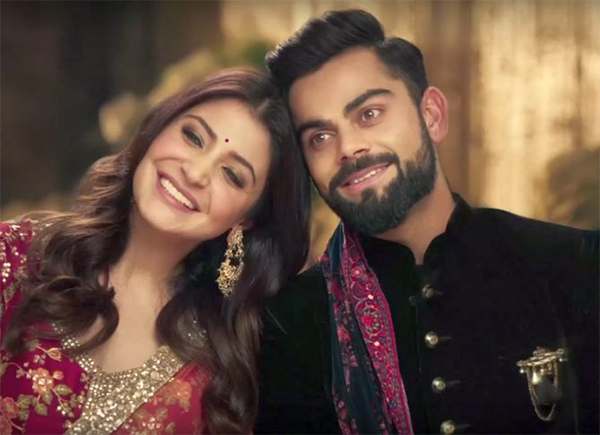 Anushka Sharma and Virat Kohli have thrown a googly at all of us – the media and their fans. There’s a lot happening and none of us, commoners, have a clue as to what is up. Virat has always been very forthcoming about his relationships and takes to Twitter or Instagram immediately to clarify or deny rumours. So, it comes as a shock that he has still maintained a silence this time around even as the media frenzy around his rumoured wedding intensifies.

Further fuelling speculations of a marriage, Virat Kohli was seen flying down to Italy from the Delhi airport last night. According to a news channel, the Indian skipper was spotted at the airport, all by himself. He was wearing a hooded jacket and refused to click pictures with the security personnel present there, perhaps to avoid the paparazzi. He reportedly took the 2:45 am flight to Milan. Just yesterday, we had told you how Anushka was seen leaving for the Italian city with her parents and brother in tow. What’s more…their family pandit was also there along with them, adding to the rumours of an impending wedding. Plus, the amount of luggage they had on them is perhaps only required if you plan on getting married because who doesn’t want to travel light, right?

In contrast, Virat apparently flew alone. However, it is possible that the captain of the Indian cricket team was keeping his boys company till they flew to Dharamsala for their next match, before taking off to Italy. Meanwhile, his family could have already left for the destination earlier, with his trousseau.

Well, we can only wait and watch as to what unfolds on foreign shores now. However, just like the previous many times, we hope Virat or Anushka let us in on their secret before making things official. Won’t that be double the fun? After all they are one of our most favourite couples and we would love for them to announce their big plans!