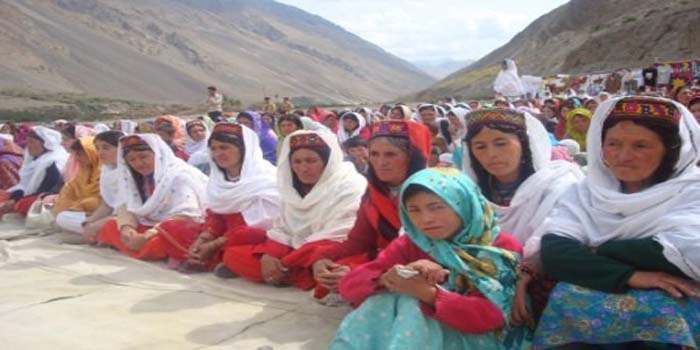 Gilgit- Baltistan Assembly poll results have come out on expected lines – Pakistani establishment sponsored Pakistan Tehreek-Insaaf Party has won maximum number of seats – 10 so far . These are out of 24 open seats . In total, there are 33 seats in the GB Assembly.

PTI’s rivals are far behind in the tally . What , however , is surprising is that the PTI didn’t have much of the base in the Himalayan region ? It had filled its ranks by effecting defections in other parties, particularly Pakistan Muslim League – Nawaz . Added to that was rising anger against the establishment and the ruling party for all the neglect that its people has suffered all along .

Pakistan People’s Party that had campaign quite aggressively has alleged mass- scale rigging . Its President Bilawal Bhutto Zardari has listed irregularities in the polls, but given the situation in Pakistan and Pakistan army’s control over all the institutions , all his complains would be a far cry .

It is important for India to analyse the events happening in the region beyond what is already known that Pakistan is fulfilling wishes of China, clearing all the legal hurdles for Beijing’s One Belt One Road plans seeking economic and geographical expansionism all over the territory . India has reasons to worry about the political cover that China has got for its expansionist plans , and that, too, with Pakistan army’s help. PTI is just a mask that General Qamar Javed Bajwa and Isi Chief Faiz Hameed have used to please China .

China’s grab of the political space and elements in Gilgit-Baltistan will not stop here only . There will be more such attempts and the next stop would be the territories that have been designated as “ Azad Kashmir”- in reality Pakistan occupied Jammu and Kashmir. China has already colonised Balochistan. China watches its interests and is moving fast in their pursuit giving a damn to the international and local concerns . Pakistanis know it , but their government , that , by the account of the Opposition conglomerate People’s Democratic Movement is a “ puppet” in the hands of the army , has no qualms in rolling out red carpet for China to achieve its colonial wishes .

India should study this pattern of China at macro and micro level . It cannot afford to look other way round , as this approach in the past has already done a lot of damage to its strategic interests. The strategic threats have increased . These should be analysed from one end to the other and there is no need to be squeamish . Jubilation over the “ boycott” of Chinese crackers during Diwali festival is not an end in itself . This is temporary , we know.

There has to be a permanent position laced with pragmatism to guard the strategic interests . China and Pakistan have rung warning bells for India quite loudly . India must listen to these . Mere statements criticising Pakistan for its acts of omission and commission in Gilgit-Baltistan will not do.