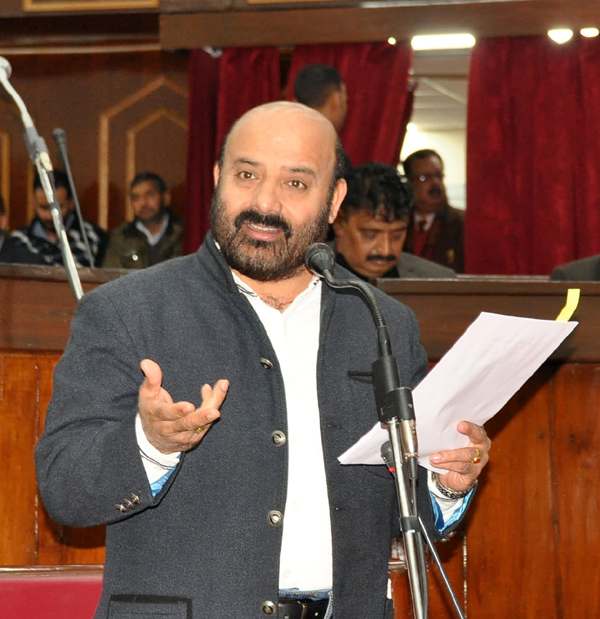 Minister for Health and Medical Education, Bali Baghat informed the House that infant mortality rate has considerably decreased in the state and come well below the national average.

Responding   to supplementary questions of Firdous Ahmad Tak, Surinder Mohan Ambardar and Sajad Ahmad Kichloo in the Upper House today, the Minister said that infant mortality rate in the state has come down from 34% to 26% which is well below the national average of 37%.

The Minister said there was dearth of Radiologists in the department and the Government is imparting three month radiology training to the Medical Officers to meet the deficiency.

The Minister said that Chief Medical Officer and Block Medical Officer in Kishtwar would be posted shortly. He said the department would also take all steps to provide adequate    healthcare facilities in remote areas of the district like Marwah, Wardwan, Dachan and Padder.

Replying to the main question of Firdous Ahmad Tak, the Minister said that there is shortage of doctors in health institutions of Kishtwar as in other areas of Jammu division.

The Minister said   shortages are being met by means of engagement of doctors under NHM/ISM.

Meanwhile, the Minister also said  that  Union Ministry of Health and Family Welfare has provided framework along with model bid document, agreement etc. for operation and maintenance of   Primary Health  Centers and Sub-Centers in undeserved and remote areas in partnership with suitable NGOs.  He said the framework and related documents are being examined for considering its implementation in the state on pilot basis.