Kashmiri women at the crossroads of liberation and coercion 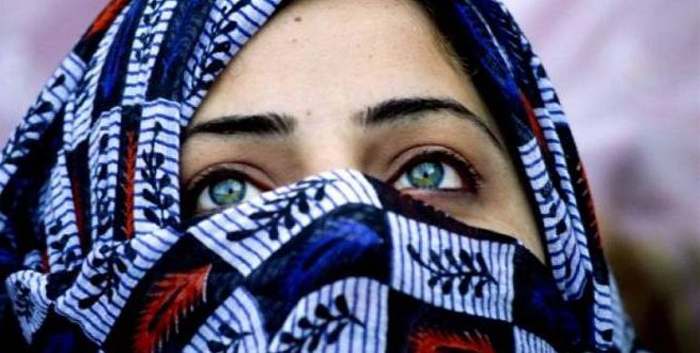 Srinagar: Bengaluru and Delhi shockers on the eve of New Year have brought focus back on the safety of women and also on their vulnerabilities in our societies. Though Kashmir has very calmer streets for the women and their safety has never been an issue or for the social organizations but, they are silently suffering in the four walls of the houses or at the work places. Our society is not so open and it has not frankly evolved to such lengths that women can freely complain about their harassment either in their houses or at work places. Their silence has yet to get a tongue and our society has yet to reach to such a stage where a Kashmiri girl or a woman will feel free to talk about her ordeal in public. We will have to look back and try to first create cushions of freedom within our own homes for the girl child. Our society is still very primitive and  all such efforts are stone walled by the male dominate d society where a girl child will really feel that she is as wanted as the male child in her home.

We will only talk about the  plight of those women in Kashmir who are suffering silently at the work places at their harassment goes completely unreported there are many manifestations of harassment of women at work places in Kashmir valley. It has many facets sometimes they are elbowed out from the promotion list, sometimes coursed to agree where they have mass disagreement at a working place. At most of the places there opinion is not taken into account and for any kind of voting for any proposal at the work place they are used only as numbers to be on some side of the opinion as the male members wish.

Harassment of women at work places in Kashmir Valley is yet to be checked because there are no recorded punishments on the complaints submitted by such victims to the internal committees constituted by the State Authorities at such places. The biggest argument being touted by the State Government about the failure of mechanism to check such harassment against women at the work places is that most of the women being harassed do not complain because of the social stigma attached with it.

There is some health in this argument, as in Kashmir, in the male dominated society; there is little headway in the mental capacity of the society to imbibe such churns like taking a complaint by working women against his colleague or boss in its own strides. Instead the victim becomes talk of the town not only at the work place, but by the whispering campaign by the rest of the colleagues, it becomes hot news. In many cases, according to the data available with a local newspaper scribe, the victim women withdrew their complaint as there was no prompt action against the culprit instead it was almost interrogation for the victim from the colleagues and superiors to know about the minute details about the harassment.

It was because of the failure by the Jammu and Kashmir Government to implement its own circular issued through Nodal Agency of Social Welfare Department that they should ensure the internal complaints committees for the prevention and redressal of harassment of women at the work places in entire J&K State. Only in the previous year  Chief Minister Mehbooba Mufti took a strong note of the non-implementation of the earlier instructions for the constitution of such committees and has given one month notice for the implementation. As per the circular issued by the Social Welfare Department after the intervention of Chief Minister, it reads, “as per the circular issued by the Social Welfare Department, in case of pendency after one month, strict administrative action will be recommended against the concerned. The Circular further states that action taken by the Head of Departments (HoD’s) in the matter may be immediately reported to the respective Administrative Secretaries. The circular is in compliance to the provisions regarding mechanism for prevention and redressal of complaints of harassment at workplaces as stipulated under the Sexual Harassment of Women at Workplaces (Prevention, Prohibition and Redressal) Act, 2013”.

In J&K State, two incidents shook the society in which two Ministers were involved for the harassment of women at the work place. Former Health Minister Shabir Ahmad Khan was sacked by then Omar Abdullah Government, after a lady doctor accused him of sexual harassment. In the BJP-PDP coalition government, former Health Minister Lal Singh took lot of flak on the social media, when the local newspapers published a photograph showing him straightening the collar of a lady medical student in presence of many people. This inappropriate act of Lal Singh was denounced by the society at large including the politicians, but for their own reasons. But such incidents brought to the light the fact that most of the work places for the women do not have any internal mechanism to prevent their harassment. J&K State particularly Kashmir Valley is not having any such proper mechanism for the working women to complain and get immediate justice without being vilified in the society.

Kashmir has yet to get the internal complaints committees for the working women to tackle sexual harassment at the workplace as mandated by the Vishakha guidelines of the The Sexual Harassment at Workplace (Prevention, Prohibition and Redressal) Act 2013.

The Sexual Harassment at Workplace (Prevention, Prohibition and Redressal) Act 2013 makes it necessary to have a functioning internal complaints committee in every establishment with more than 10 employees, whether it is a public undertaking, a private firm or a government department. The Dept had, in November last year, amended the Central Civil Services (Conduct) Rules, 1964 and the Classification, Control and Appeals Rules, 1965, making it mandatory to have an internal complaints committee for sexual harassment at every department. It said that the committee must “be active at all times, and must meet quarterly every year even if there is no live case.”

Recent surveys by some NGOs and newspaper reports have suggested that apart from many Government Departments, University of Kashmir and J&K Bank have claimed that they have sound internal committees to look into such complaints by the working women, but most of the private companies do not have any such mechanism at place though it is mandatory on them according to the Vishakha guidelines.

Recently in a private school of Srinagar, a senior female teacher faced severe harassment at the hands of the son of the chairman of the school. She was inflicted with physical abuse though she wrote to them that she wants to know about internal redressal committee if constituted in the school and got no response. Now she is mulling to take legal recourse including going to State Women’s Commission and to the Directorate of School Education to see if she can get justice. In private sector of Kashmir valley all the female staff particularly the teachers are facing routinely such harassment and very few muster courage to face the challenge like the teacher of this school  with remote chances of justice. This is a peep into the ground realities about the condition and environment available for the working women in Kashmir valley.

Women police stations are very rare and the Srinagar Women Police Station at Rambagh only handles matrimonial disputes and related issues. According to internal sources of Jand K police female constables and other women officials do not enjoy or have any internal committee or cell to file any internal complaints. In a place like Kashmir where even the female police has nowhere to go to file their complaints one can understand the fate of other working women in other civilian departments especially in the private sector.

In J&K State Investigative Units on Crimes against Women (IUCAW) are yet to be installed even as the Union Government has launched it in the rest of the country in January 2013. Even 181 emergency helpline has not been established in our State for women. There are funds available from Union Home Ministry, but J&K Government has not established Investigative Units on Crimes against Women (IUCAW).

Apart from laws and internal mechanisms, it has to do more with the society and minds of males at the work places to minimize such threats for the working women. The mindset has to change and it cannot change by any law or by any internal mechanism in if placed by the government at the every workplace. In the male dominated society of Kashmir, it is very difficult for any working women to come forward and lodge a complaint against any male member. She will wilt down under pressure by her own colleagues and by the vilification campaign which will be started against her at the work place. So most of the women being harassed at the work places prefer to maintain silence then to come forward and complain for the justice.

The Government apart from issuing circulars should hold seminars and educate the male members about their responsibilities towards their female colleagues and also make them aware about the laws and about the mechanisms available for the redressal of the grievances of such harassed women. This will act as not only to educate the male members, but also deter them from committing such crimes against their female colleagues by getting the information about the laws and about the punishment for such crimes.

Kashmir Valley has to go a long way to give harassment free atmosphere for the working women at the work places and it will take time to educate and to change the mindset and also to make them bold to complain and come out from the shells of being in isolation for coming forward. The women at the work places will have to fight their own mental blocks to come forward and complain against their male colleagues to minimize the chances for the other female colleagues to fall to such heinous crimes.

Chief Minister Mehbooba Mufti tried by her political gestures to make a small beginning in the campaign to provide space to the girl students in our society. But she got flak in the male dominated society of Kashmir and even crossing the limits calling her scooty madam as she distributed scooties to the girl students in Jammu as well as in Kashmir valley. Her personal efforts to popularize her much touted scheme titled Beti Bachao Beti Padhao were bogged down under criticism as dozens of girls lost vision completely and partially in the unrest of 2016. Separatists questioned her Beti Bachao Beti Padhao over such issues when some girl students lost vision by excessive use of force by security forces. Despite all limitations Mehbooba Mufti  as the first female Chief Minister of J&K state has the challenge as well as the opportunities to go down in the history of Jammu and Kashmir for her personal efforts t  provide space and opportunities to girl students to excel in many fields by encouraging them firm backing of her government.