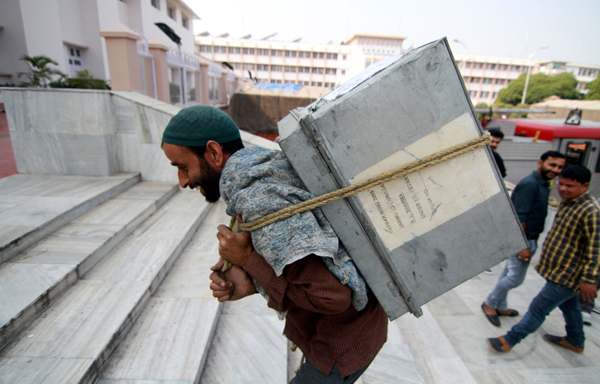 As the state continues to tear, Darbar moves in full gear! While the polity stands absolutely alarmed by anarchism, still and all, primacy is given to the out of the ark practices of monarchism. The archaic movement takes precedence over the need for improvement and the antithesis of proximity to extremity is regrettably the par for the course here!

Exposition of callousness in place of compassion at the time of worst turmoil is just one aspect of this fatuous lore. While looking at the bigger picture, Jammu and Kashmir is reckoned to be a cash-starved state, giving it grounds to become a pale shadow of other states as far as fulfilment of basic needs of its citizens is concerned. Nonetheless, the state has crores and crores to squander away annually to keep up with potentate’s pointless legacy.

The century-old practice of peripatetic administration has its roots in the reign of Maharaja Ranbir Singh who used to shift his capital between Srinagar (Summer) and Jammu (Winter) based on geo-political and emotional aspirations. The practice which was introduced in the year 1872  in the wake of valley getting completely cut off from the rest of the world in those ancient days, continues unabated even today. 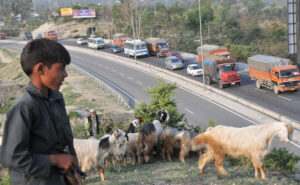 Withal, at that time less than one hundred people were involved in the move. But, the practice followed by the present day ‘royalties’  includes a mass exodus of around one lakh government employees along with a fleet of trucks carrying tons of government documents and other paraphernalia from the summer capital to the winter capital and vice versa, thus causing a huge dent to the state exchequer.

This semi-annual oscillation witnesses movement of 40 offices along with their sub-departments moving in full and the shifting of another 45 departments in camp. Besides ministers, around 300 bureaucrats also move. An exorbitant amount of over Rs 30 crore spent on boarding and lodging of employees in addition to Rs 4.50 crore spent annually on the carriage and transportation of official records and employees as well as Rs 3.5 crore paid as the travel allowance to the decamped employees twice a year continues to bleed the exchequer. The custom of the packing up of the capital and moving 300 kilometres towards the other of the twin state capitals twice a year costs more than Rs 60 crore to the state, a luxury which a poor state like J&K can ill afford when it constantly struggles to get funds from centre to meet ever increasing expenditures on various fronts.

Associated with the financial burden are other grave concerns. “Eight weeks that are elapsed between the closing of offices in one capital and the opening of the same in another, further shrinks the official calendar, along with adversely affecting the progress of the work and leading to more losses to state’s financial resources. In addition, the move causes blockage of state’s major highway which serves as a major hindrance for business houses and commuters. What’s more, the bookings for six months in hotel rooms for the stay of officials results into steep rise in rentals and the vicious circle of inflation in the region kicks starts” says  Suresh, a local businessman. 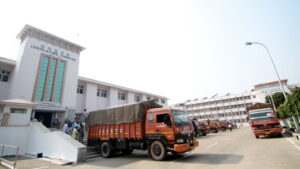 Additionally, when the state is in a dire need of security personnel due to twin problem both at the border and within the state, the time and effort of such forces is diverted in providing special security cover to move employees and the records all along the route up to their destination. Complimentary to this, comes the bane of torpidity of bureaucrats in the region from where the Darbar has moved out as when the cat’s away, the mice  surely plays!

But the saga of ‘unique’ governance does not end just here. To take lessons on how to abandon own people in the hour of need, one must learn from the escapist governance model of Jammu and Kashmir. When heavy snowfall in Kashmir throws life out of gear and renders shortage of essential amenities with the freezing and bursting of water pipes, those in power are already out to bask and enjoy the sun shine in Jammu. Similarly, when the residents of Jammu are faced with scorching summers coupled with ceaseless electric power cuts and shortage of drinking water, the ministry bids adieu to the region and sets out to enjoy the best of the other world. The common masses of both the regions grieve but the bureaucrats blatantly leave!

In the days of avant-garde technology which has made world truly a global village, amidst the pitches of Digital India and E-governance and in the times of air-conditioning and central heating any justification for Darbar Move is nothing but a shaggy-dog story. In a state where unemployment is a burning issue with around five lakh unemployed youth going astray, it is any day better to generate new ventures for employment than moving the secretariat on wheels to and fro between the twin capitals. The ongoing custom of Darbar Move surely defies economic logic but it is politics of maintaining the status quo between the Hindu-majority Jammu and Muslim-majority Kashmir that keeps the wheels of the Darbar turning! 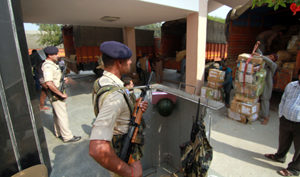 This anachronistic practice of keeping bureaucrats warm during winters and cool during harsh summers is swiftly swallowing up a considerable part of the economy of Jammu and Kashmir! If other Indian states with similar extreme weather conditions can function without this lavish and cumbersome exercise why can J&K not? If the High court and other private institutions can operate from both the regions, why can civil secretariat not?

It is high time to devise an effective mechanism to tackle the issue of roving state that must now start moving closer to people for solving their problems rather that than moving away from them. An initiative can be taken to create two full-time mini Civil Secretariats by forking the departments with the creation of separate directorates headed by common secretaries and employing the available infrastructure in both the regions. The long journeys of employees can be done away with by hiring staff which is available in abundance at both the capitals. The vacant estates can be gainfully used for generating additional revenue for the state which is already facing a financial crunch. The time and money saved from abolishing this practice can be utilized in the welfare of the people of the state which in fact was the real purpose of the entire machinery of the state.